Machadodorp, or eNtokozweni (Place of Happiness), is a small nondescript town on the edge of the escarpment, just 38 km from the fly-fishing mecca of Dullstroom with its many accommodation and dining options.  Over the years Machadodorp has become popular as a fly-fishing destination in its own right but its major claim to fame is the Bakoni Ruins, found on the outskirts of the town. 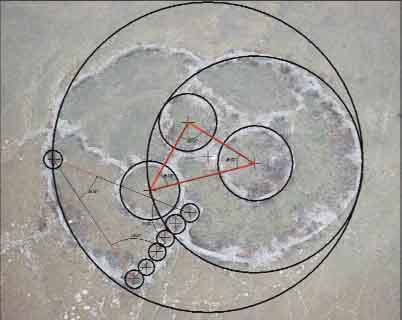 These enigmatic stone walls have been puzzling historians for quite some time and the subject of much controversy and heated debate over the years. The ruins consist of thousands of stone walls dotting the hills around the town.  Described by tour guides as South Africa’s lost city, the walls are believed to be arranged in some sort of a complex and are linked to the long-lost Bakoni Tribe.

The Bakoni people are believed to have occupied this area from about the 18th century, yet the ruins date back to 200 000 years ago, around the time that “mitochondrial Eve” is believed to have lived.  Mitochondrial Eve is the theoretical mother of all modern women, and is believed to have been of African origin.  Hence this humble assembly of cattle kraals is a very big deal to archaeologists all over the world, and scientists have been scouring the landscape for more clues as to the origin of mankind, but nothing seems to fit perfectly into place. Perhaps you will be the one to discover a vital hint on your visit, after all, the mysterious Lydenburg Heads were discovered not far from here – by a child. 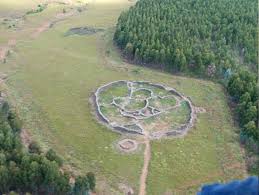 Interestingly, and a little ironically, no one ever thought to question the origin of the Bakoni Ruins until the last century – since they had always been there.
As with most things there are two, or more, sides to the story of the Bakoni Ruins.  In the light of firm evidence to suggest any one theory, the self-proclaimed scientist Michael Tellinger sells a radical alternative.  He claims that the stone circles and walls extend throughout southern Africa and were used to conduct sound frequency from the earth into some other form of energy used to mine gold.
Dr Cyril Hromnik, believes that traders from India were involved with building the terraces, which they used as astrological clocks, all the while intermarrying with the local tribes and creating the Hottentot race!

Clearly visible on Google Earth, the strange circular formations are not free from suspicion as alien communication devices either.

It seems the only way to find out is to see for yourself. You can include the Bakoni Ruins in your itinerary of Dullstroom activities, or you can embark on a quad-bike game drive from Komati Gorge which ends in a picnic amongst the ruins.